TouchTone complies with the cooperative effort to seek out and eliminate illegal robocalling. We agree that any illegal activity in nature cannot be supported and have taken steps to eliminate such activity. And as such, is one of the few carriers that are compliant with STIR/SHAKEN, a standard for combating spoofed robocalls with Caller ID authentication.

This Caller ID authentication (STIR/SHAKEN) is a new system aimed at combating illegal caller ID spoofing. It helps to eliminate the ability of callers to illegally spoof a caller ID, which scammers use to trick people into answering their phones. Additionally, STIR/SHAKEN helps to identify the source of illegal robocalls in order to reduce their frequency and impact. It gives greater accuracy of caller ID information and allows voice service providers, such as TouchTone, to provide helpful information to their consumers about which calls to answer.

STIR/SHAKEN is a framework of interconnected standards. STIR/SHAKEN are acronyms for the Secure Telephone Identity Revisited (STIR) and Signature-based Handling of Asserted Information Using toKENs (SHAKEN) standards. In short, calls traveling through interconnected phone networks would have their caller ID "signed" as legitimate by originating carriers and validated by other carriers before reaching consumers.

STIR/SHAKEN digitally validates the handoff of phone calls passing through the complex web of networks, allowing the phone company of the consumer receiving the call to verify that a call is in fact from the number displayed on Caller ID.

How STIR/SHAKEN Works in a Network 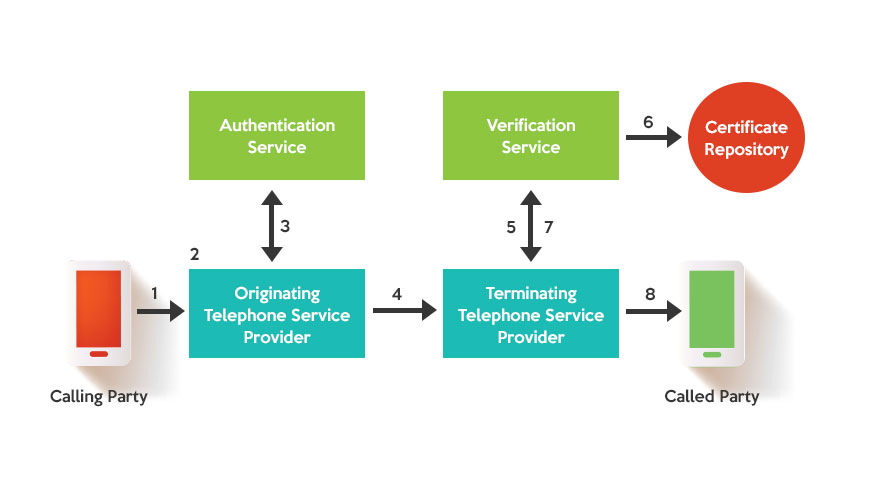